Emotional Emails: Sending them are a Bad Idea 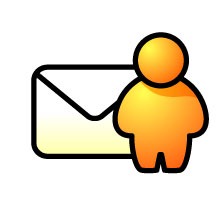 I’ve been so busy the past couple of weeks due to the holiday seasons.  I’ve really enjoyed myself the past holiday.  Spending time with my family and been loving every minute of it!

Well, just had a post holiday buzz kill.  An accusation of a re-gift faux pas was sent from an anonymous email.  The accused massed emailed to quite a few people, as possible suspects of the sender of the original anonymous email.

I chose not to respond and fuel the negativity, instead letting it die down and move on.  Even so, this actually bothered me for a week.  This whole incident reminded me of a recent post on uploading personal content on the Internet

Once Its on the Internet, it’s there Forever

In this case it’s the same with email.  Once it goes out, you can never retrieve it.  You can never take back what you said, even if you didn’t mean it.

Emotional Emails are a bad idea.

No one can control one’s emotions, if you are angry, you are angry.  If you must write it out, go ahead, just don’t hit ‘send’.  Save it in a draft and read it again once you had time to think about what you said.  Send it once you have a clear mind, because you would have thought about the consequences.

It’s always best to think about ones audience and how it would be received.  Will there be innocent by-standers who will be caught in the cross fire?  Most of us didn’t feel very good and feelings were hurt.  Things have been forgiven, but to be honest, I won’t forget.

Email ThisBlogThis!Share to TwitterShare to FacebookShare to Pinterest
Labels: random, Work and Career