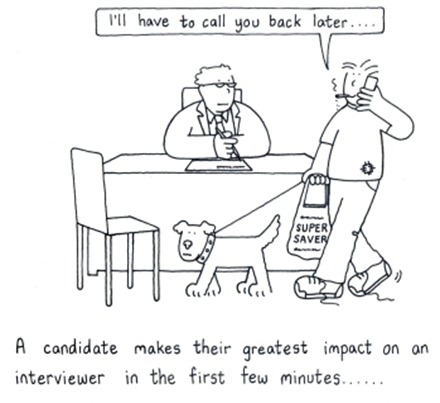 The company I’m currently working for is on a hiring spree.  For the last week or so, there’s been a steady stream of candidates coming to my area where I sit.  I work for a manufacturing firm so part of the interview is not only meeting with your hopefully soon to be manager but a tour of the production floor so they get a sense of what you could be getting yourself into.

After the interviews, these are comments I’ve been overhearing:

Most of us never hear what is talked after the interviews.  However, the sampling of the list above just shows that every little thing you do affects the interviewer’s impression.  Most were good, but there were surprises, simply because the candidate didn’t know or realized his or her actions.

What first impressions do you make?

Email ThisBlogThis!Share to TwitterShare to FacebookShare to Pinterest
Labels: Business, Work and Career